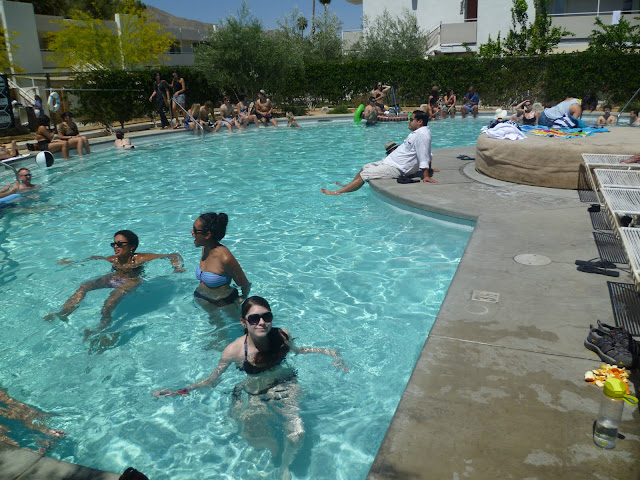 Ugh, I know that Coachella was forever ago but I never posted day three! Before I went to the actual event I went to The Ace to swim and I realized while looking at this picture that I am paler then I thought! I like it though, but it did take me by surprise! Everyone around me is sooooo tan! 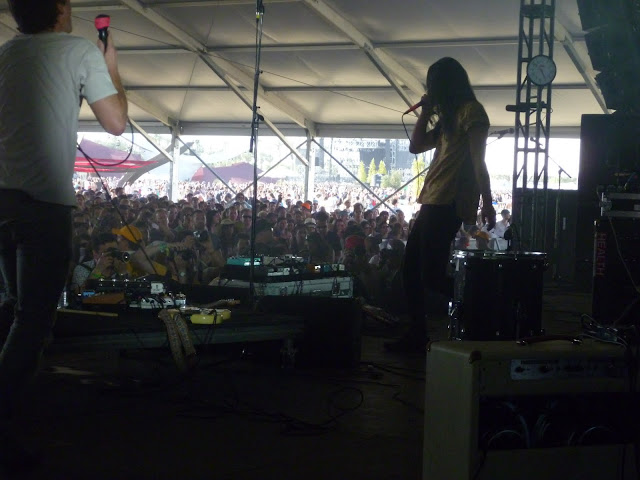 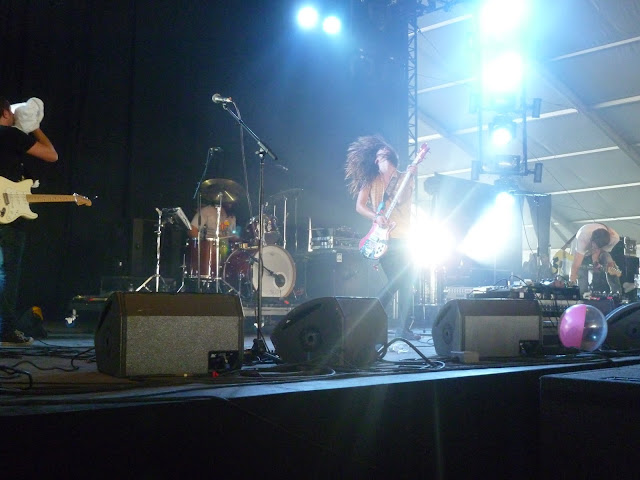 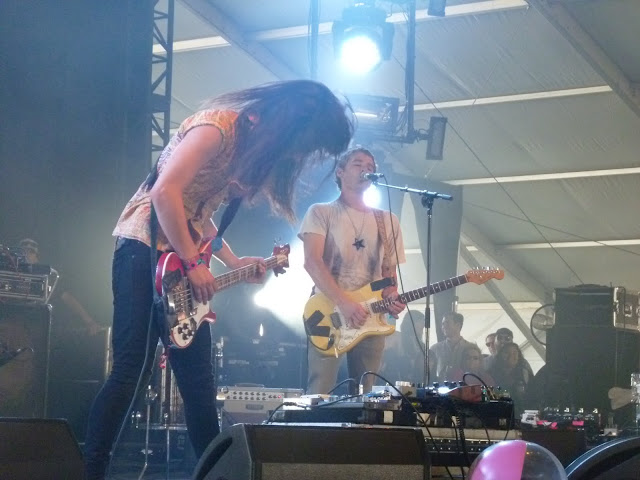 HEALTH was awesome! They played a new song that the crowd seemed to enjoy. I haven't gone down to the front of the stage see them play in years and it was really nice to watch them without getting smushed by their fans dancing and moshing all over the place. 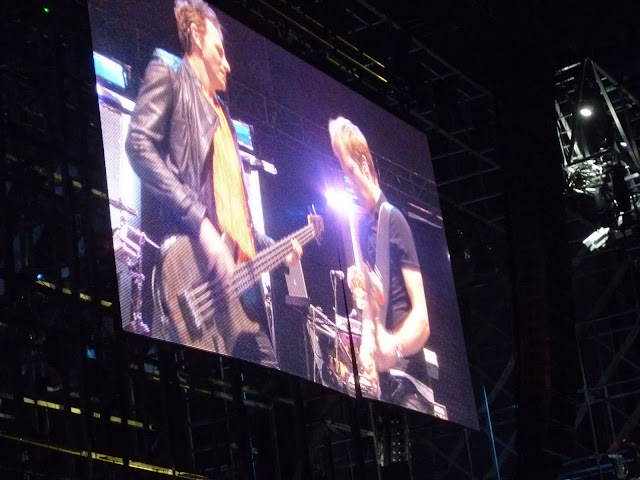 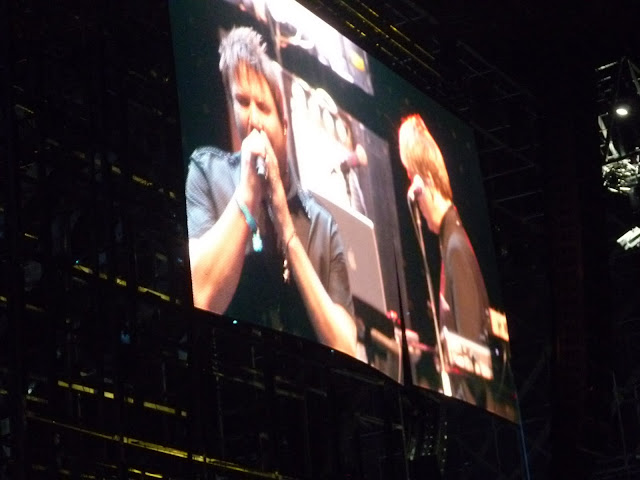 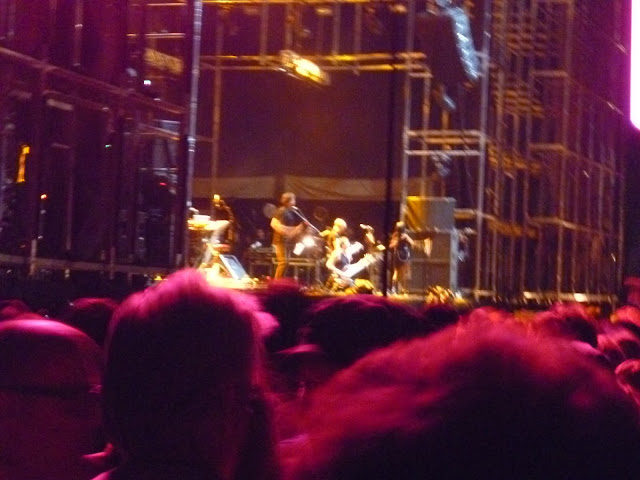 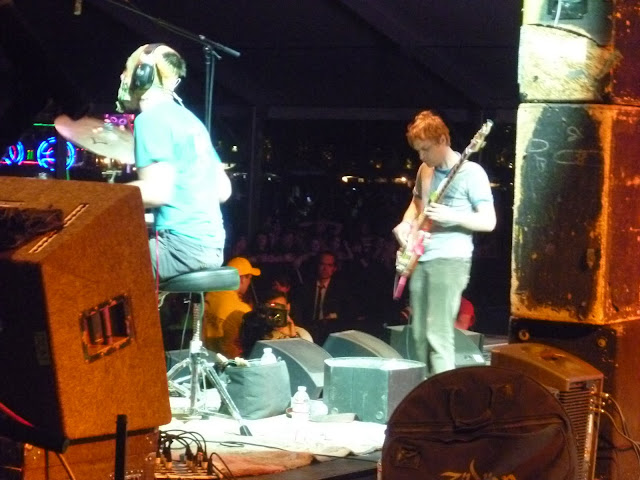 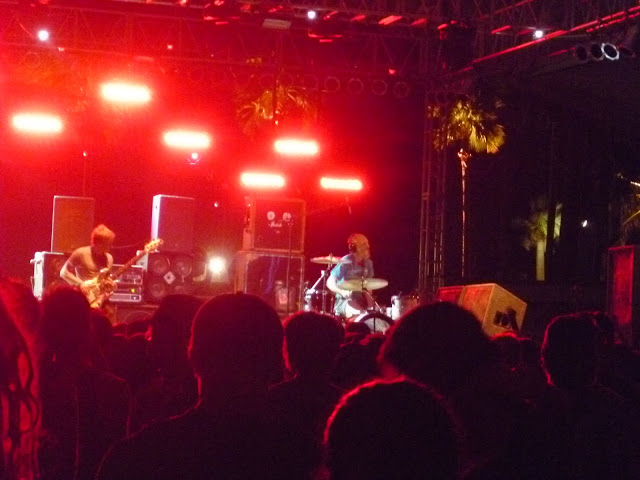 I have never seen Lightning Bolt before but I gotta say that I am now a fan. I almost fell flat on my back backstage while watching them - the floor was very slippery! 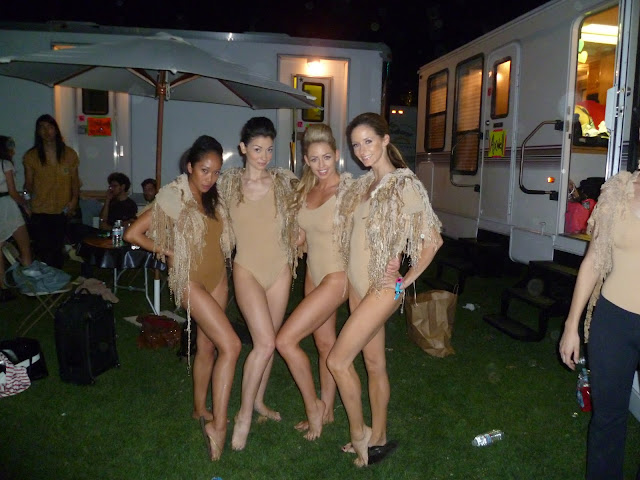 When I was back in the artist's area I got to meet some of Kanye West's ballerinas! They were all getting ready to go on and they were so super nice and sweet! 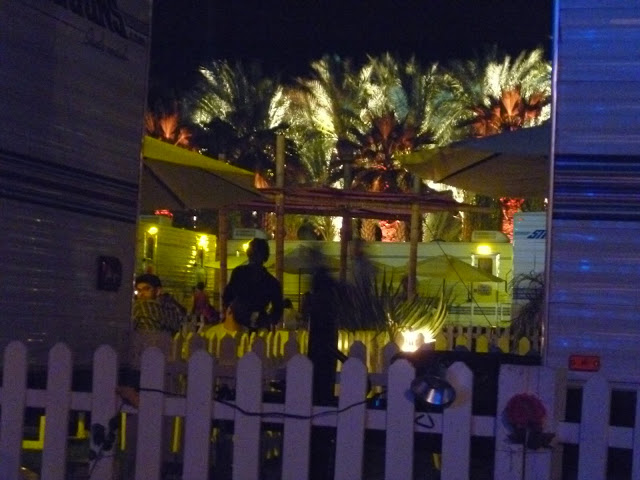 The palm trees in the artist's area looked super pretty at night! 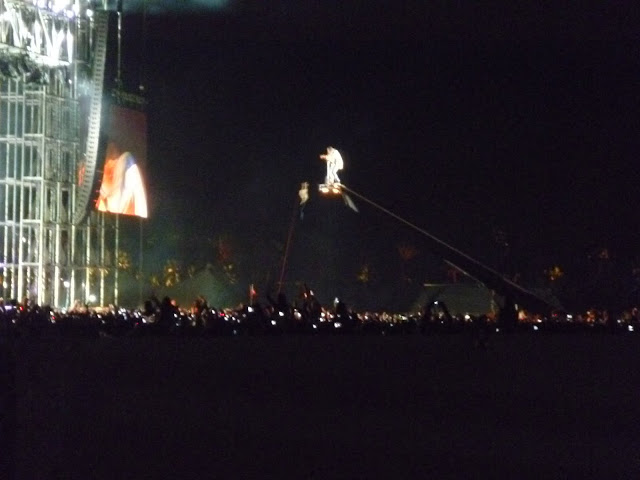 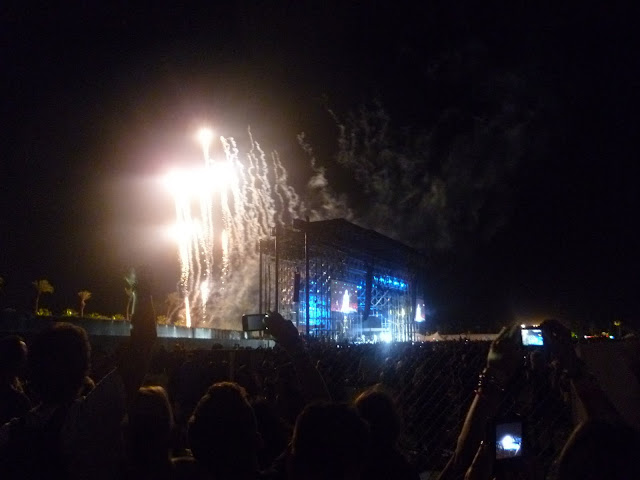 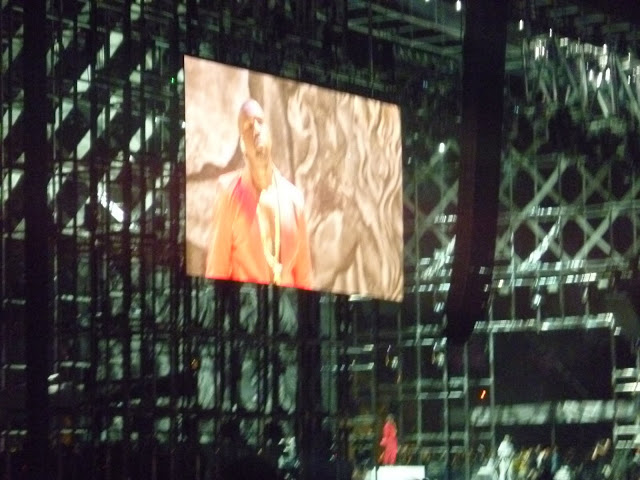 Kanye was super super super amazing! I never realized how many of his songs that I knew until I started singing along to all of them hahahaha. I am kinda disappointed that no one came on to sing with him and that there was no big finish at the end but I am really happy that I got to see him perform because if he never played at Coachella then I probably would have never seen him perform at all.
Posted by Anna Lena
Email ThisBlogThis!Share to TwitterShare to FacebookShare to Pinterest
Labels: coachella 2011, Duran Duran, HEALTH, Kanye West, Lightning Bolt