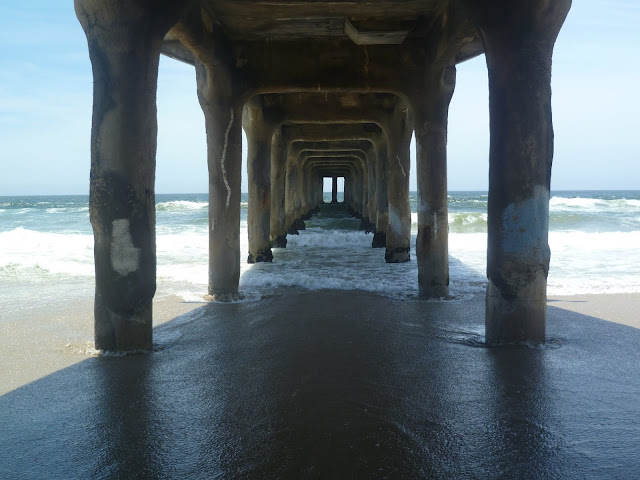 These past few days have been crazy. First, Wednesday was the last day of finals for me (yay!) and then my friend Pictureplane came into town. Thursday my friends and I woke up early and went to Six Flags to film Pictureplane's new music video (it looks like it's gonna turn out really good by the way). We all stayed until the park closed. When we got back into town we went to an amazing dinner, went home and then went to The Echo to see Woodsman. They were soooooo good! I got really into their set and my boyfriend was looking at me weird for a moment! hahahaha Anyways, after the show Pictureplane, my boyfriend and I went to Kill Radio and met up with Tearist. The show was crazy but so fun! I've never been on the radio before and I would love to do it again - but next time I hope that I will have something to say other than basically nothing. The next day my boyfriend and I dropped off P-plane at LAX so he could play a show in San Fran. We then drove from the airport to the beach (that's where I took the photo above). So I had a very busy past couple of days. Too bad I forgot my camera. I was so tired though. In fact i'm still really tired - and sore. I have HUGE bruises all up and down my legs from Six Flags. But they are totally worth it. When the video comes out I am going to post it on here fo sho!
Posted by Anna Lena
Email ThisBlogThis!Share to TwitterShare to FacebookShare to Pinterest
Labels: kill radio, pictureplane, six flags, tearist, woodsman